The approx. 40-hectare property of Gut Hochreute consists of sloping meadows and forest, which are cultivated, managed and protected, and of the building complex.

One of the prerequisites for buying the property was the possibility to erect a new building on the property. This alone makes it possible for us to organize seminars in a meaningful way and to both relieve the historically protected Art Nouveau buildings from overuse and thus protect them. 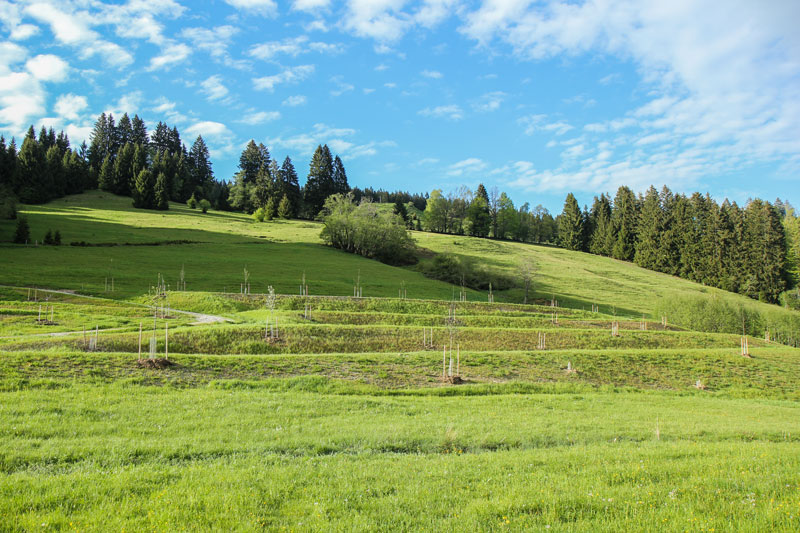 Nature in connection with people and their needs was a priority for the Diamond Way Buddhism Foundation when it bought Gut Hochreute. The preservation, care, and further development of the openness of the property with its recreational value for people are an essential part of the project.

The field barns which are currently under constructions are a good example of combining the preservation of the Allgäu region’s typical landscape and building style with the logistic needs of the Europe Center. You can find out more about this project or support it if you wish: www.feldscheunen-ec.info

Ecological transformation of the outdoor area

This large-scale project has been going on for several years. The goal is to completely harmonize the beauty of the Allgäu landscape and nature protection as much as possible.

The original terraces in the slope areas were leveled for easier mowing in the 19th century, and the original stream had pipes put in it. The terraces, which are characteristic of the Allgäu, were built up again in a similar fashion.

The improvement of the irrigation situation was another challenge. The water, part of which was flowing down the slopes in an uncontrolled manner, is now held in the landscape for longer. Additionally, a former open-flowing stream system will now be reopened. This will enable an ecological improvement of the whole area in the long term. The terrace embankments are developing into biotopes and are connecting the existing biotopes in the large gorges.

The replanting of tree and bush species is also oriented around historical circumstances. Fruit tree species like apple, pear, plum and medlar were planted. And the idea the landscapers had for wild fruit species was mainly black cherry, mountain ash and rowan. A total of over 150 trees make up the original landscape picture along the road and as orchards. 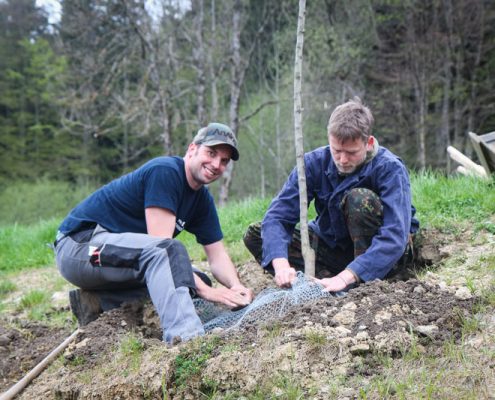 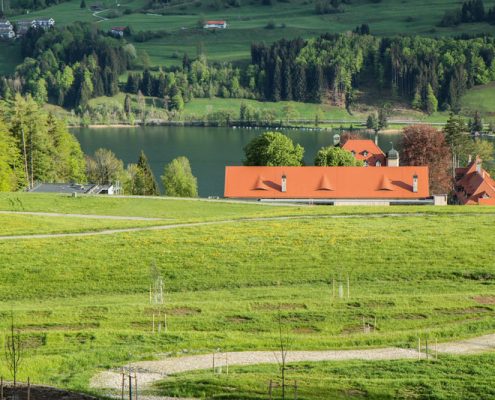 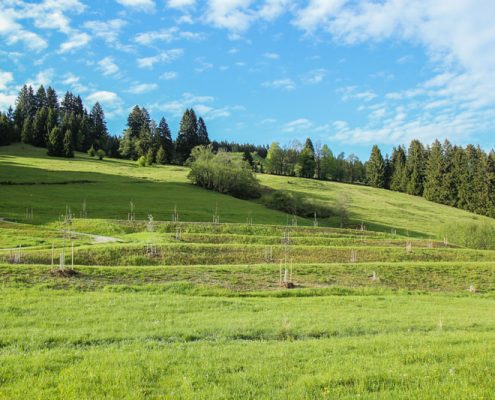 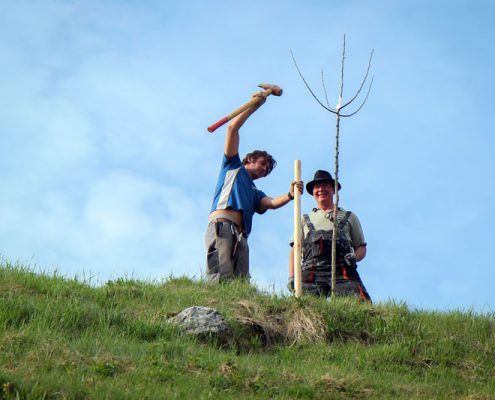 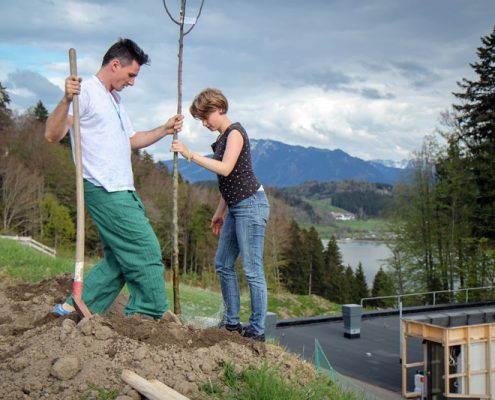 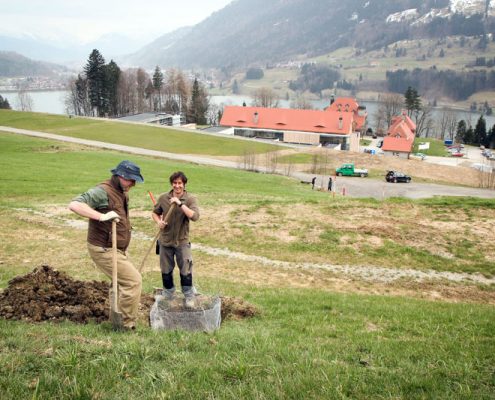 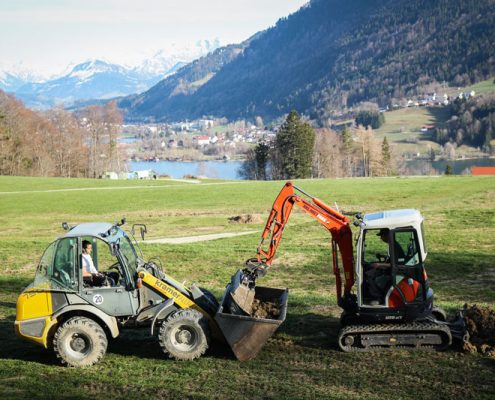 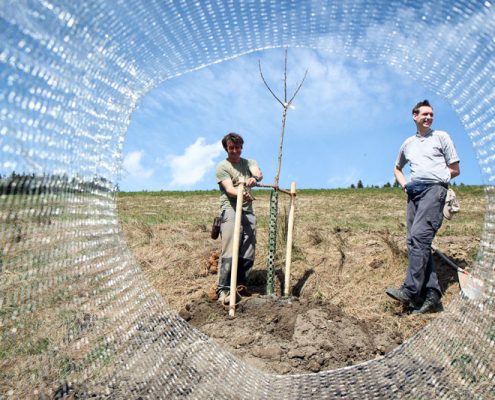 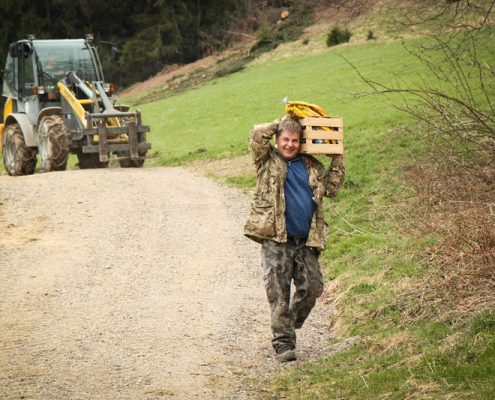 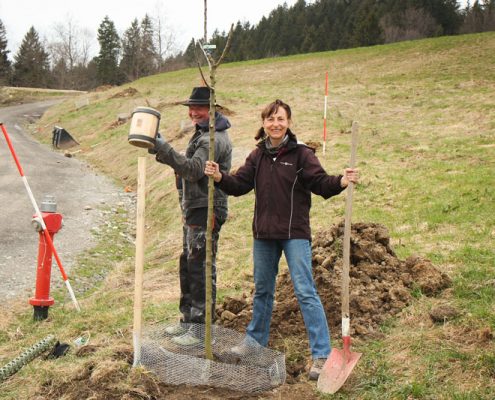 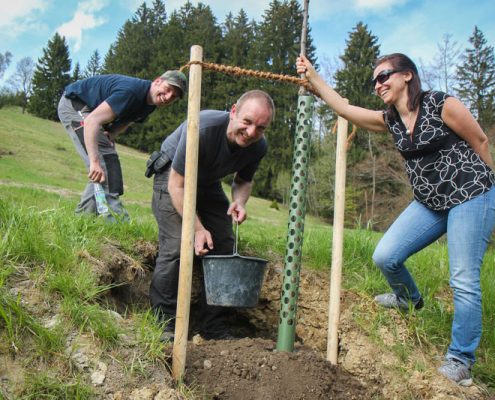 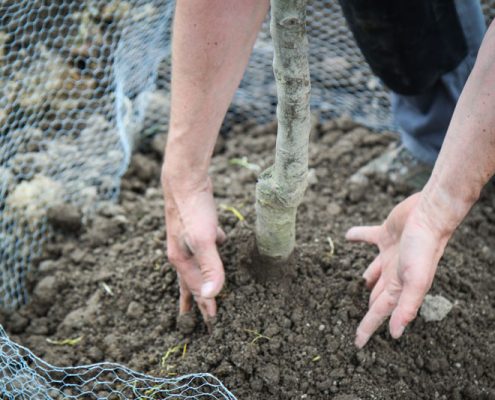 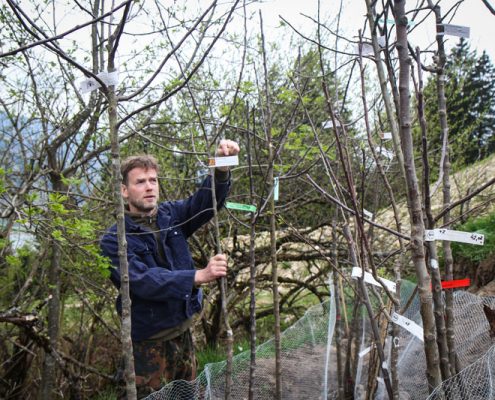 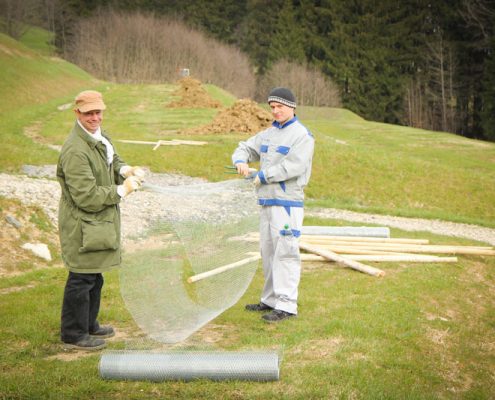 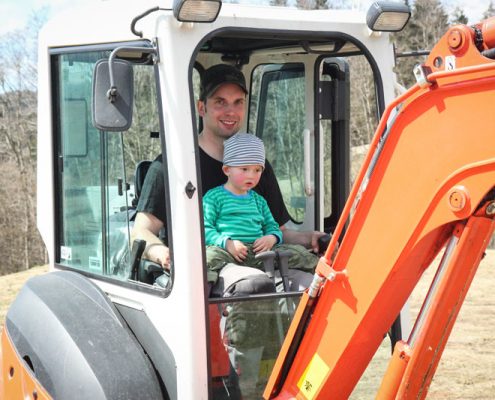 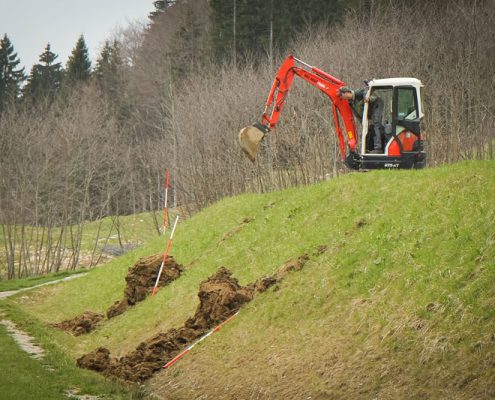 The four original buildings at Gut Hochreute are under monument protection, including the villa facilities, i.e. the furniture, lamps and wall paneling.
More…

The Buddhism Foundation has built drainage systems for the land. Forestry management and replanting have also been resumed.
More…

The buildings at the over 100-year-old Gut Hochreute are nestled in the beautiful Allgäu mountains with a view of the “Großer Alpsee”.
More…